During an interesting few days (last Tuesday I took at trip to the NEC to the Photography Show, to pick up a couple of Lee filters for B&W, and to see the talk by David Ward) I’ve been driving around the White Peak in Derbyshire this weekend scouting and taking shots. On the stereo in the car has been a CD of the first volume of Beethoven piano sonatas by András Schiff; while listening to the first movement I had a moment of déjà vu (or rather ‘entendu’), recalling that I’d watched a video of Ansel Adams, in which he had played the same piece (famously, he worked as a pianist before taking up photography as a profession). Talk about getting in the zone in the right way…!

The weather has been very unsettled and windy, with four seasons in the same day, including snow and hail as well as warm sunshine. This makes the possibility of making large format photographs rather difficult, especially as I am still very new to the whole venture and still making lots of mistakes. I ended up choosing locations with shelter from the wind, and decided upon Lathkill Dale as primary goal. I had 6 sheets of Velva 50, 2 sheets of Provia 100, and 4 sheets of Delta 100 loaded up.

I’m writing this with no idea how my shots have turned out, and trying not to second-guess myself and my exposure choices, but anyway…

First, shots of the water and the weirs. I walked about a mile or two up the dale from Over Haddon, stopping frequently to assess the water, before finally stopping at the first waterfall for some shots (also admiring the Dippers and Grey Wagtails). First shots were taken on D800E/85PC-E at a variety of shutter speeds, before I made two exposures on 5×4 Velvia of the scene below, which was taken on the Nikon but with large-format ballpark settings (ISO 50, 4 seconds at f/22, with tilt). I ended up taking the 5×4 shots at 8”, but hopefully the combination of reciprocity failure and the fact that 4” on digital was a little underexposed will mean that these turn out OK. This was also an opportunity to try out my new Lee bellows lens hood: did a great job of keeping spray from the waterfall away from the lens. 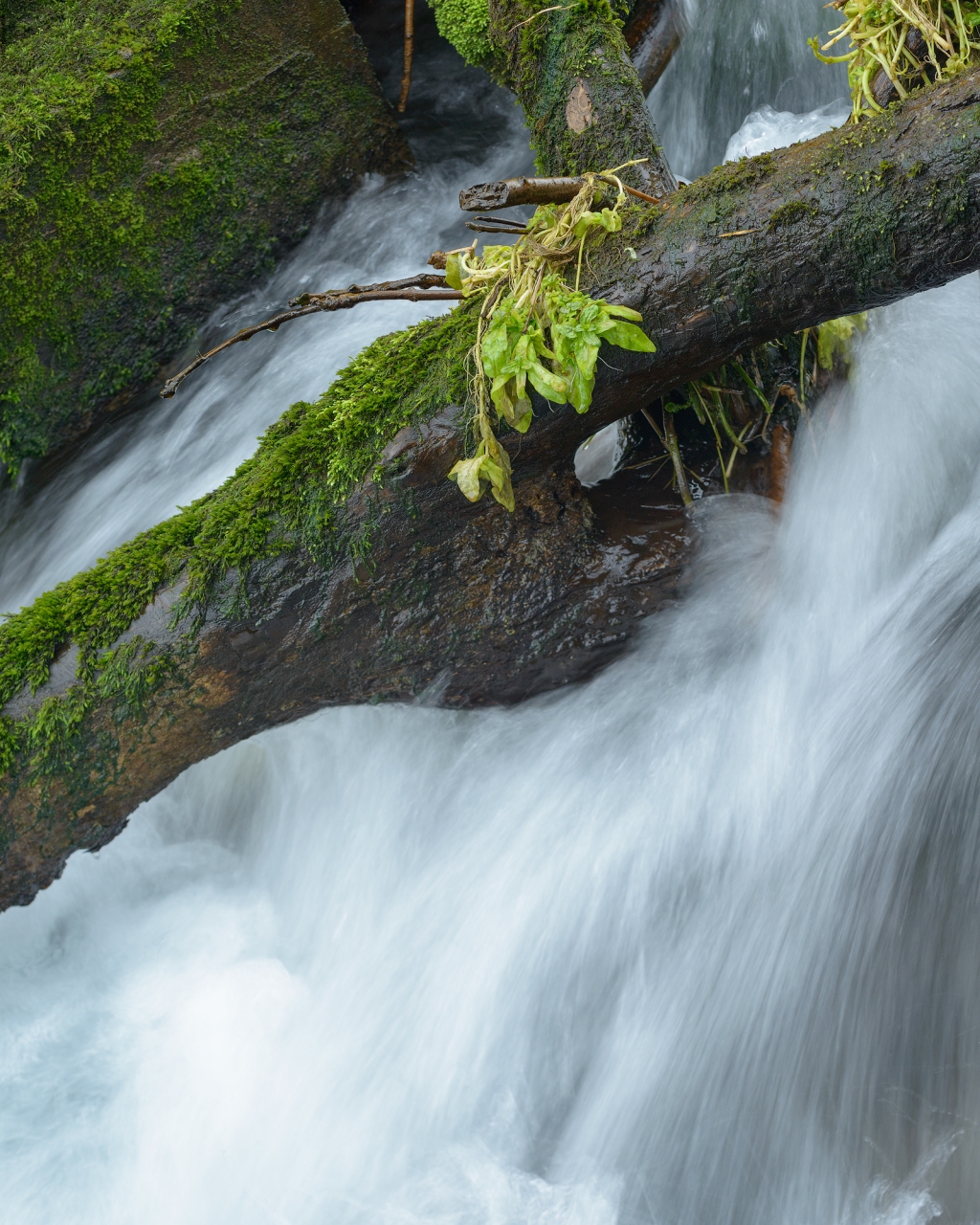 Here is the shot with the 5×4-style settings, and more colour work in photoshop:

Here I very much like how the longer exposure has simplified the composition much more, and provided a neat divide between water and rock. I could have used a ND filter to slow down the shutter here, but I didn’t bother, and f/22 here is still pretty amazing: the PC-E lenses are billed as ‘micro’ lenses, so should work fine at pretty small apertures).

Second, on coming back to Over Haddon, I paused at the bottom of the road to photograph an old boarded-up window in the barn there. Feeling rather exhausted, I didn’t get the 5×4 out for this shot, just going with digital, but returned again this morning to get this shot.  D800E, 85PC-E, ISO 100 1/8 f/11:

Another shot I scouted and returned to shoot later was a view of the footpath to Chatsworth up the old lane from Rowsley. I pre-shot this the other day on my iPhone using the Artist’s Viewfinder app to set it up for my Schneider 150mm lens on 5×4. I then returned this morning to reshoot it on 5×4 Delta 100, taking the opportunity also to try out my new #16 Yellow/orange Lee black-and-white filter. 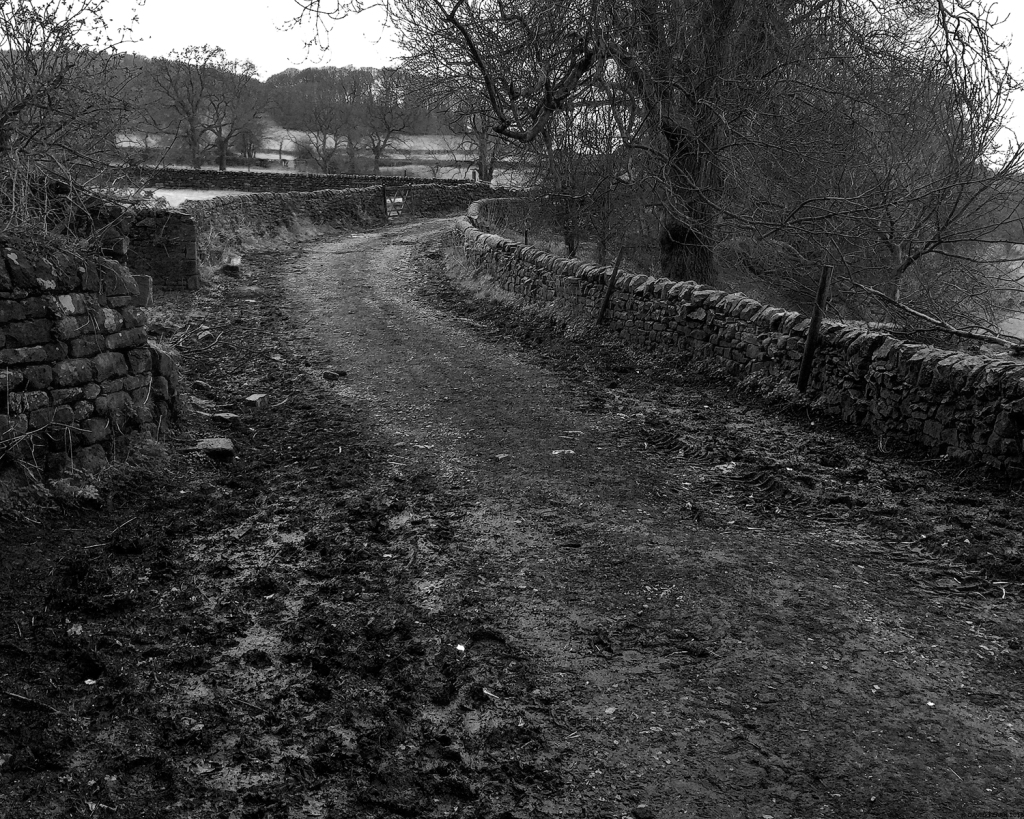 I won’t know for a few days yet how, if at all, these shots turned out on 5×4, but I’ll provide an update if there was any success.