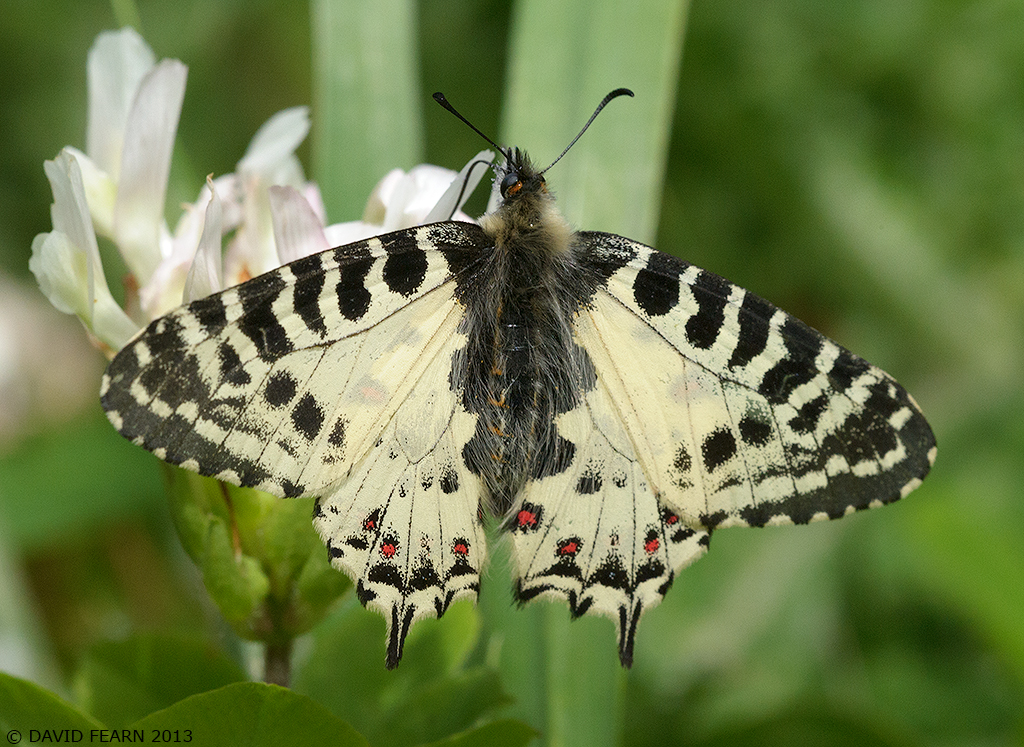 Another reason for a visit to Samos: this was another one for the butterfly life-list.  Quite a common species as it happened, although its distribution is restricted to Northern Greece, the Southern Balkans, and the Mediterranean coast of Turkey down to Israel.

One of the occasions when I went for a quick walk to look for orchids and left half of the camera gear in the car…  I found this female attempting to lay eggs, so it stayed put for long enough for a photo session in a relatively small area of flowers.  But I was without my flash and flash bracket, and didn’t dare dash back to the car for them, so had to shoot handheld without them – hence the higher shutter speed.  I don’t think the results are too shabby, though the subject allowed me neither a perfectly parallel view nor a perfectly clean background.  Even at ISO 2000 with the D3S I didn’t bother with any noise reduction, though just a little is showing up slighly in some background areas.